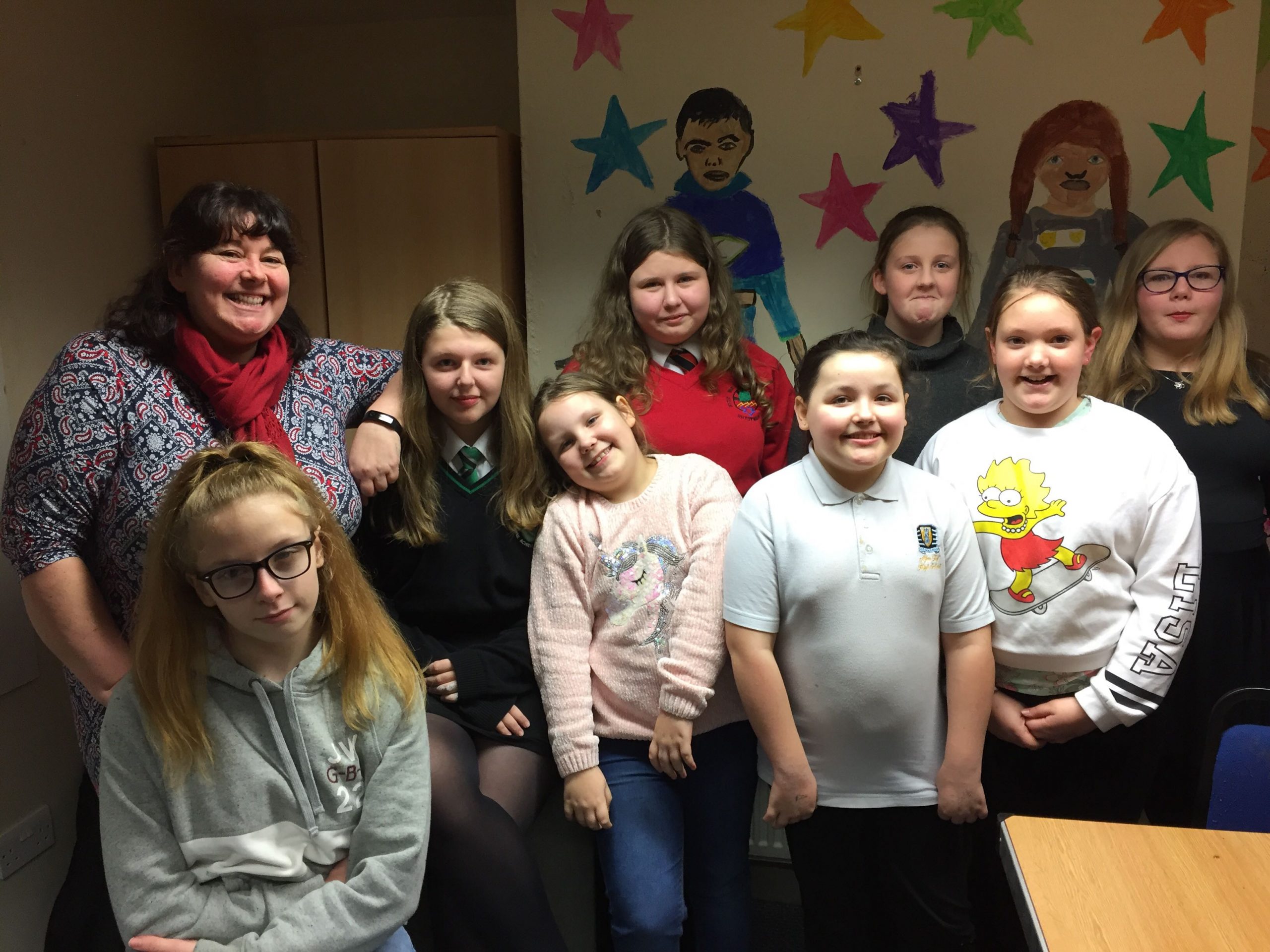 A choir of remarkable children and young people who look after sick or disabled relatives will take centre stage next month when Barnardo’s Cymru hold a fundraising concert.

The Merthyr Young Carers’ Choir, whose members are aged between nine and 15, often have heavy responsibilities at home helping to look after parents or siblings. But every week they have a night off to sing their hearts out with the choir which meets in Dowlais.

On Monday, March 2 they will join more than 600 singers from 17 schools across South Wales at a fundraiser for the children’s charity at St David’s Hall, Cardiff. Money raised will go towards helping some of the area’s most vulnerable children and families.

The concert was held for the first time last year and proved so popular with schools that it has returned for a second date with compere Stifyn Parri.

The Merthyr Young Carers’ Choir was set up by Barnardo’s Cymru project worker Geraldine Maddison. Geraldine runs regular respite sessions for the young people, funded by Merthyr Borough Council, with activities and outings to give them a break from what can be significant responsibilities at home.

Geraldine said: “I mentioned we had some fabulous singers and next thing I knew we had a choir, funding from Artis Community and the fabulous Cerian Rolls of Glam Youth Music to coach them.

“Our young people love it. Singing is not just time away from caring but it breaks down barriers and allows them to make new friends. For some it is the only socialising they are able to do. They realise they are not the only ones with caring responsibilities, it builds their confidence and has brought them some great opportunities. They’ve performed at Parti Ponty Welsh festival, at a Merthyr care leavers’ concert and for the High Sheriff. They’ve been invited to the Mayor’s parlour and have met the Children’s Champion and Carers’ Champion.”

For the Barnardo’s Cymru Young Supporters’ Concert, the young carers will be joining a massed choir singing some of their favourite songs including Everything is Awesome from the Lego movie, Hallelujah, Happy and the Welsh song Hafan Gobaith. Alongside the choir will be performances from Cardiff’s Rubicon Dance School.

Among the school choirs taking part is one from Heol y Celyn Primary School, Pontypridd. Headteacher Liz Phillips said: “As a school we want to boost the self-esteem of our children by allowing them to experience as many enjoyable and worthwhile events as possible. For some this is a once in a lifetime opportunity and they are very excited.”

The concert will be conducted by Nia Llewelyn Jones, singing development leader, and accompanied by organist Jonathan Hope, assistant director of music, both from Gloucester Cathedral.

Entertainer and host Stifyn Parri said: “I was lucky enough to present this wonderful event last year and I can’t wait to be back on stage with so many talented choirs and dancers.

“It was a magical evening last year and I’m sure this concert will be equally memorable. It is great fun for those taking part and the fact that the money raised will help some of the most vulnerable children in Wales makes it even more special.”

Susie Bailey, Events Manager for Barnardo’s Cymru, said: “Our Young Supporters’ Concert is a fantastic evening, bringing together talented and enthusiastic performers to raise much needed funds for Barnardo’s. We are so grateful to everyone for supporting the event.”

Tickets are priced between £8 and £17 and can be purchased directly from St David’s Hall at www.stdavidshallcardiff.co.uk