Young Welsh filmmakers have today beaten off stiff competition from across the UK to win two coveted awards at the 4th annual Into Film Awards in the BFI in London. Students from Coleg Sir Gâr in Llanelli, Camarthenshire, won CLUB OF THE YEAR (13 AND OVER), while Dyffryn Nantlle Film Club, in Gwynedd, won BEST LIVE ACTION (12 AND UNDER), with their frightening Welsh language horror short ‘Swyn’. The third nomination from Wales – Teacher Tim Dadds of Cwmrhydyceirw Primary School – narrowly missed out on the award for ‘Educator of the Year’. 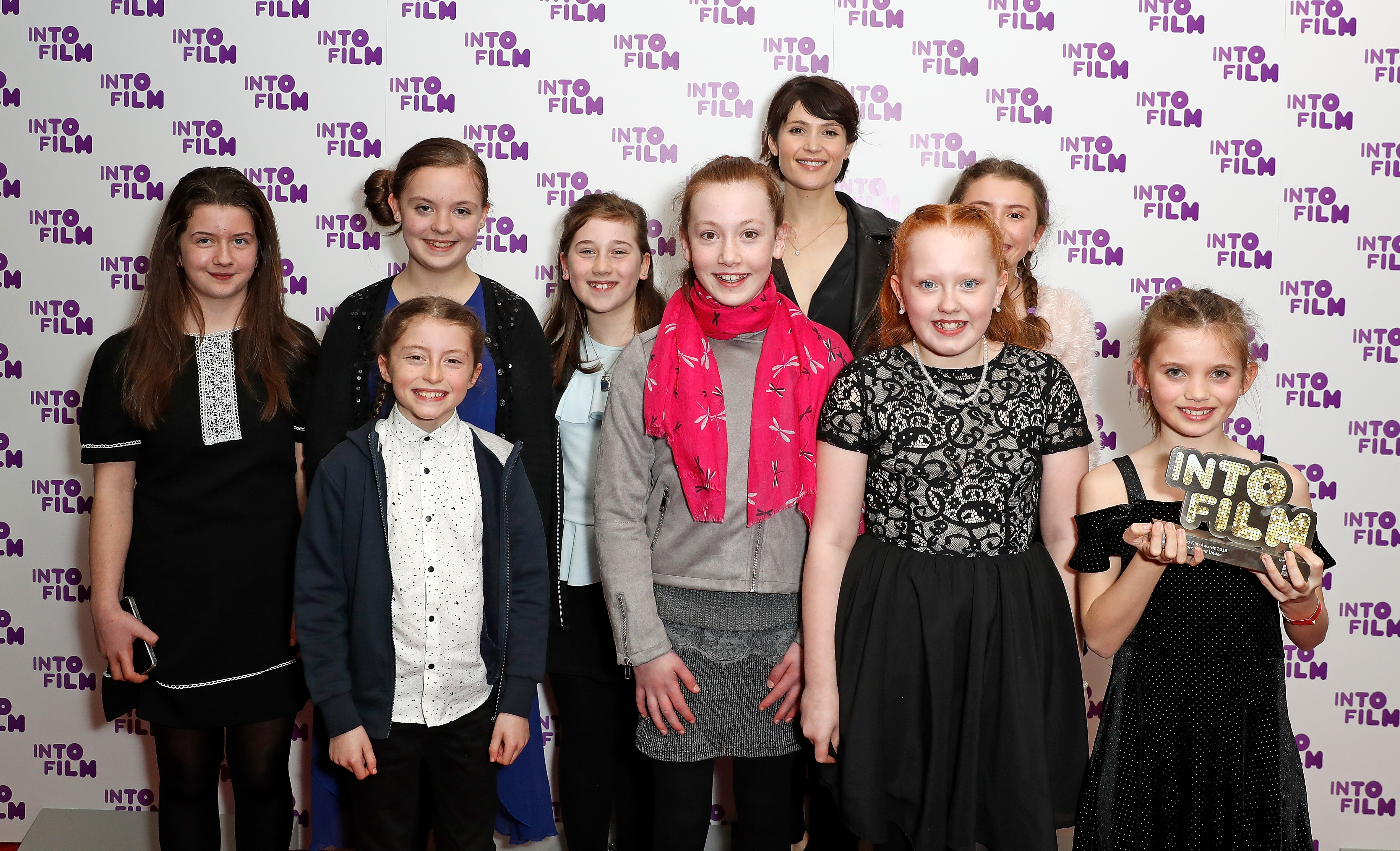 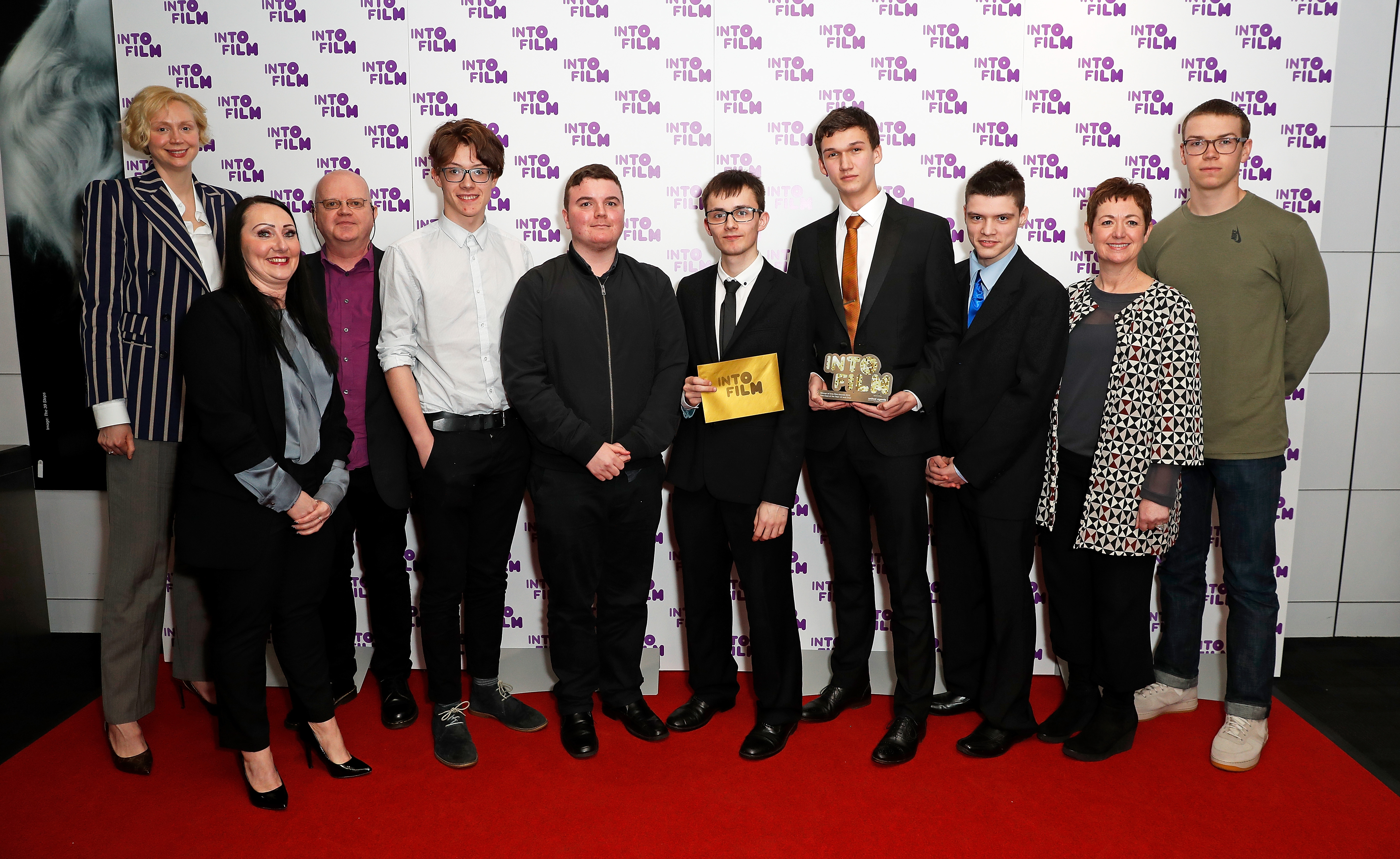 Hosted by Into Film and supported by the BFI through Lottery funding, the nominees were honoured at a star-studded red-carpet ceremony at BFI Southbank. Coleg Sir Gâr were praised for their student-run club, for offering an inclusive, supportive learning environment, while ‘Swyn’ was commended for its all-female, all-Welsh production. The Awards pay tribute to outstanding 5- to 19-year-olds from across the UK who have demonstrated exceptional achievements in filmmaking and film reviewing. Hundreds of young people from across the UK submitted their own short films and film reviews, with nominations exploring a wide range of themes and issues including bullying, history, and immigration.

On winning the best Into Film Club (over 13 years) award, student Ioan, said: “Each and every one of us at Coleg Sir Gâr are thrilled to have won this award. It’s been fantastic to come here today and celebrate the work we’ve been doing in Llanelli over the past 12 months with our very own Into Film Club. We spend time reviewing films, visiting studios in Cardiff and meeting stars like Rhys Ifans, so it doesn’t even feel like work!”

Dyffryn Nantlle filmmaker Danielle (10 years) said: “It’s fantastic that we’ve been able to win an award for best action film under 12 years. It’s incredible to think this small film, which we created in just four days, has been so successful in a large competition, like the Into Film Awards. I’ve been working very hard for many years towards my career of working in Film, Stage and Television, so to win a film award makes me very excited. It makes all the hard work worthwhile.”

Co-filmmaker Begw (12) said: “I am proud to win an Into Film Award after all the hard work we have put into it. Also it was amazing to work with great people, which really built up my confidence. Great experience.”
Megan (12) also fournd working on the film equally valuable: “”It is the first time I’ve been involved in a project like this. I enjoyed learning all of the different skills. How to get the perfect shot, angle etc and watch it develop from the first day to the finished film.”

The award-winning members of Coleg Sir Gar’s Into Film Club are aged between 16 and 19 years, and run their film club entirely by themselves. They have created an inclusive, supportive learning environment where young people with a wide range of abilities and backgrounds can meet to enjoy and discuss film. The club members also make and show their own films, and have been fortunate to visit film studios in South Wales, attend industry events and meet world-class talent from across the UK as part of their Into Film Club activities.

Award-winning film ‘Swyn’ sees two young girls struggling for money turning to desperate measures when they hear of an old doll that’s worth thousands of pounds sitting in an old house. Embarking on a mission to retrieve the doll, the girls might come to wish that they’d left well enough alone. Dyffryn Nantlle Film Club’s winning entry is an all-Welsh production, and was made by an all-female production crew made up of eleven young filmmakers: congratulations to Elsi (aged 9); Manon (10); Danielle (10); Becca (11); Llinos (11); Betsan (12); Begw (12); Elan (12); Betsan (12); Megan (12); and Gwenno (13).

The Awards not only highlight the creative talents of young people across the UK, but also aim to re-address the gender and diversity balance within the film industry by activity seeking and encouraging young people from all backgrounds to immerse themselves in film and filmmaking, opening the door for a more diverse pool of talent to seek careers within the film industry. Among the winners were two all-female groups of filmmakers – Swyn and Still Life, where the participants undertook a range of roles including director, producers, editors, screenwriters, cinematographers and costume designers.